Year 6 has been working on Poetry this year, we have developed haiku poems and acrostic poems using the ambitious topic vocabulary trying to empathise with the soldiers and people left at home during WWI.

We have also learnt about a Welsh Poet called Hedd Wyn, he was awarded the bard’s chair at the 1917 National Eisteddfod. But, unfortunately he died before he found out he had won and consequently, his bardic chair was covered in black.

Our favourite WWI poems will be on display during the exhibition!

A few of our published poems are previewed below: 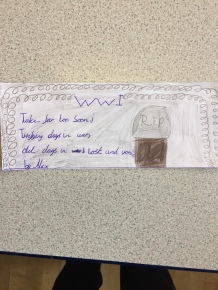 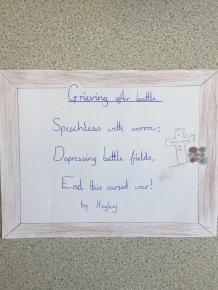 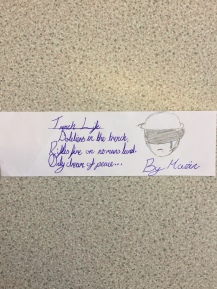