Year 5 and 6 have been investigating the different injuries sustained during WWI.  They have created their own procedures for treating patients in the 2017 Albany Military Hospital Exhibition, inspired by the medical practises of the day.  We have learnt some key skills for healing wounds during our schools time as a military hospital 1914-1919. 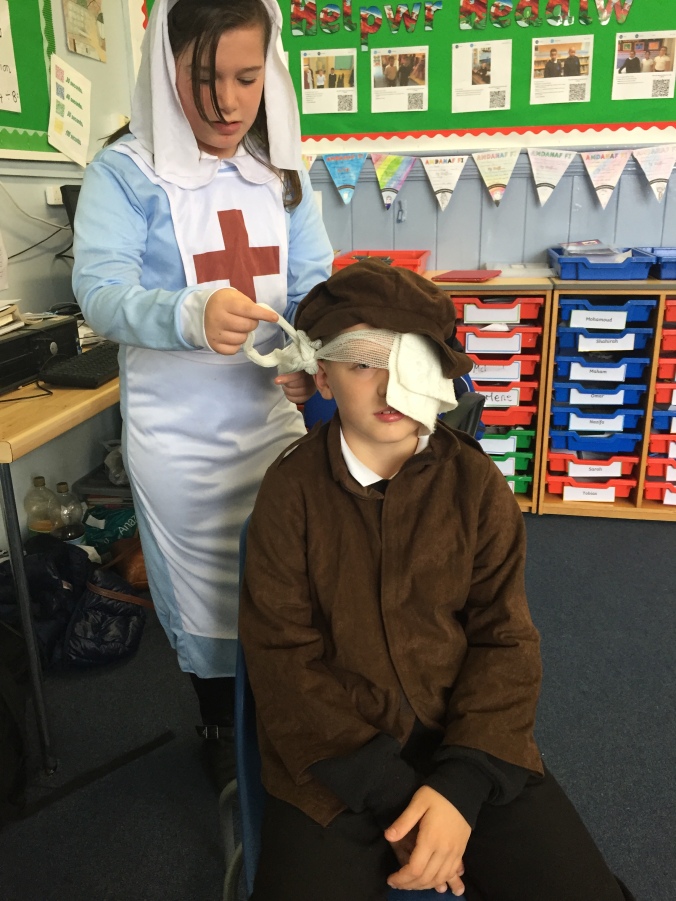 This is soldier Lincoln. He took a bullet to his eye in the Battle of the Somme. He got an injury and had to return home to Albany Military Hospital.

Kanaan came due to trench foot. He picked it up in a trench in France. They treated it with maggots EWWWW! 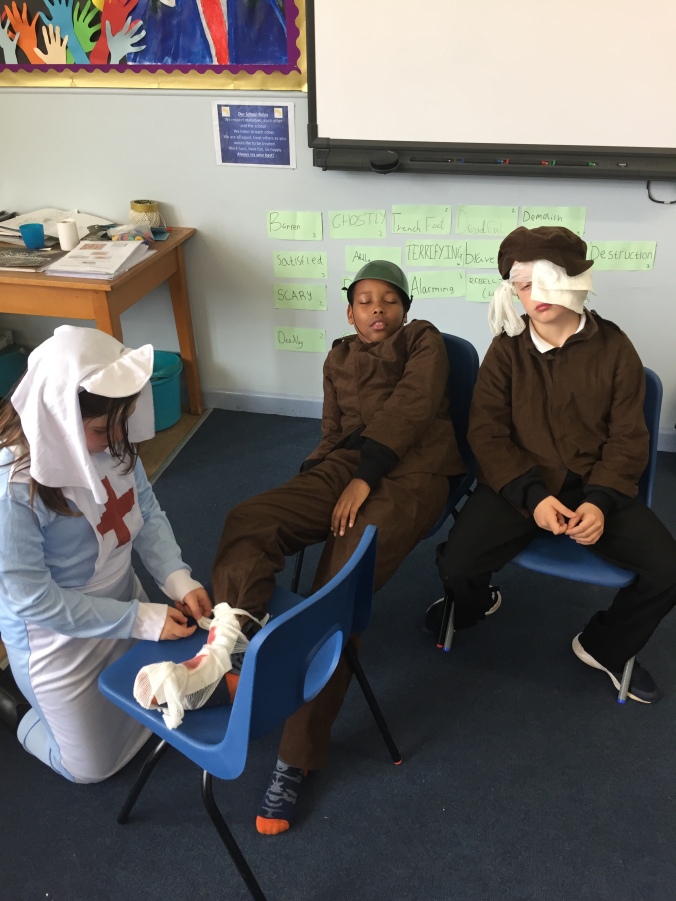 They arrived as strangers, they left as friends.